Mayor Mike Beelzebub Rawlings announced his six picks for the selection on the Dallas Police & Fire Pension board. As expected, FaceBook blew up with a wide range of commentary. None of it positive. But we expected that.  Did anyone really expect his highness to pick differently? We are, after all, in Dante’s Inferno: “Abandon all hope, ye who enter here.” (1) Robert C. Walters is on the Dallas Citizens Council (need I say more?) and “added the city’s legislative efforts on the pension bill,” according to The Dallas Morning News article.  (2) William F. Quinn worked on the struggling Employee Retirement Fund (isn’t that one still struggling?) (3) Then there’s Kneeland Youngblood who was a trustee on the Teacher’s Retirement System of Texas (which has its troubles of its own). (4) According to the DMN, Frederick Rowe works in the same building as Rawlings’ private equity firm, not sure if that means anything or not. I didn’t read anything about the other two picks. Just as an aside,  I do find it rather interesting, though, that there’s not a woman in his group of picks. 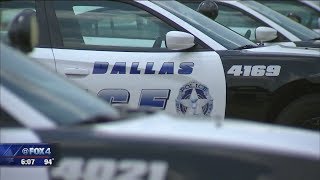 #WeToldYouSo It’s business as usual in the City of Dallas. Instead of fixing its problems, it robs Peter to pay Paul.  The city announced this week it wouldn’t hire those 500 officers it desperately needs. Instead that money will go for the city’s obligation to the pension which doesn’t fix that either. It’s a public safety crisis.  DPROA president Pete Bailey tells us that the city admits “they can’t hire 500 in one year. That’s because they couldn’t hire more than 11 for the last academy class.” The “new” goal, Bailey said, is to hire 250 officers in one year. “That too is a fantasy…The safety for the officers left will be non existent, and the citizens will suffer from the out of control crime,” he said. So far, the latest number of police officers leaving in August is 73.  That number will grow by the end of the month.

And finally, here’s the latest update on the Trinity Travesty. Jim Schutze writes: “The billions of dollars in state, federal and private support promised by the toll road backers — vowed to us over and over again by former Mayors Ron Kirk and Tom Leppert and current Mayor Mike Rawlings — was nonexistent from the beginning. That money was never there. That money was a lie.” We know all about lies, don’t we?  If you care to read what the DMN says about the latest developments in the tollroad fight, you can read about that here.