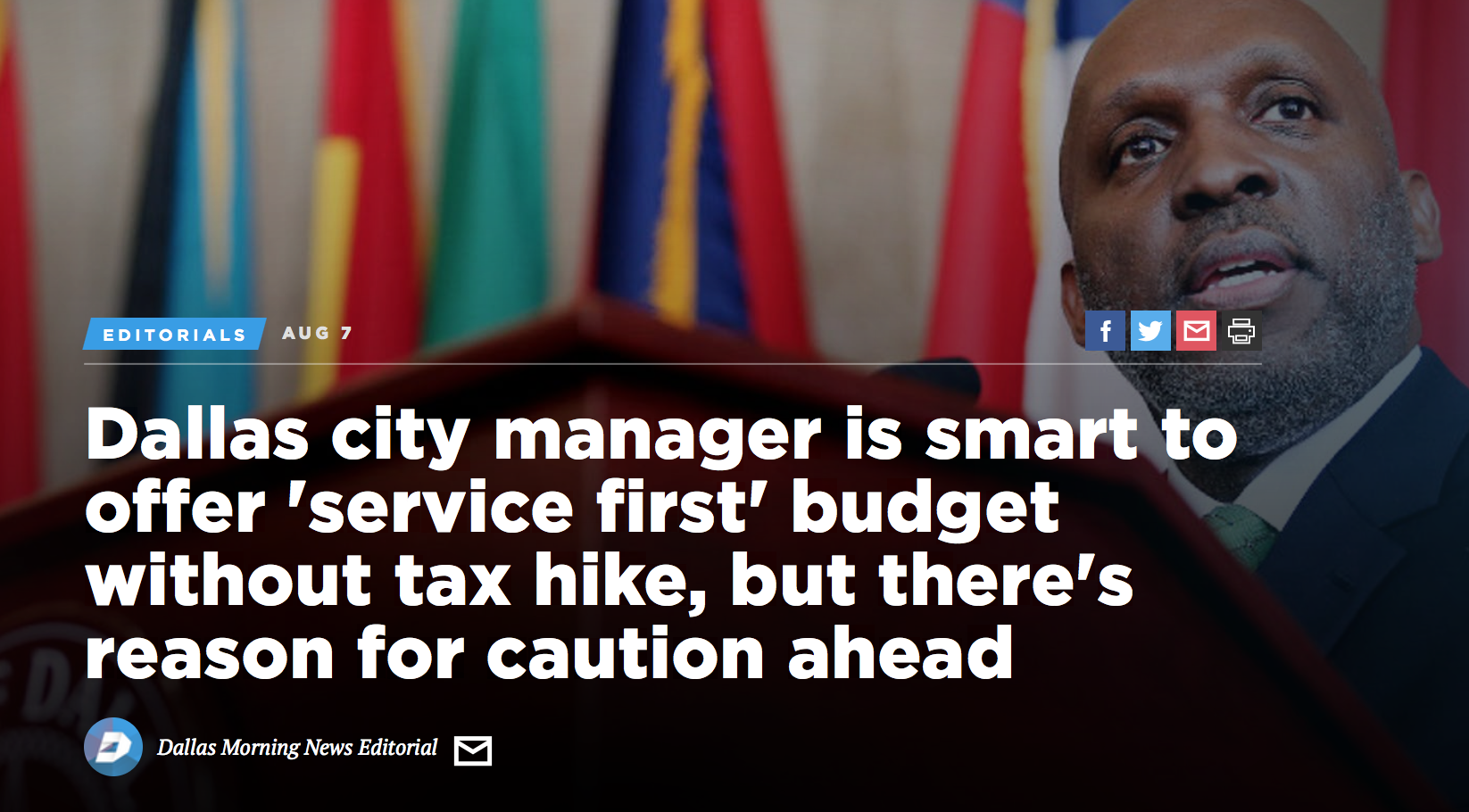 Oh, so now the DMN finds our public safety crisis “worrisome.”  In true form, the City Manager T.C. Broadnax trots out  his first proposed budget aiming, as the DMN says, to  put “service first.”  Or, as we prefer to say: putting Projects Before People.  The DMN comments: “But it’s worrisome that this budget with no significant service cuts was delivered on the backs of salary savings from hundreds of police officers who have left the city. Broadnax and his staff account for 3,094 officers in 2017-18 — 519 fewer than in the budget this fiscal year. As the crime rate ticks up, it’s important that Dallas doesn’t curtail aggressive efforts to recruit and hire more officers. (Violent crimes — including murder, sexual assaults, robberies and aggravated assaults — are up 7 percent through June, compared with 2016.)”

Hmmmm, they call it “worrisome.” We call it a public safety crisis.

And with the State Fair of Texas just around the corner, officials are now a little concern about security at the fair. The DMN reports, “The shrinking Dallas Police Department — already struggling with slower response times and an uptick in violent crimes — may have trouble providing security for the State Fair of Texas the way it once did.” Ya think? Perhaps Big Tex as part of his welcome speech to fair goers should warn everyone with a: “HOWDY FOLKS! Your estimated police response time is…”

And speaking of response times and the shortage of police officers, retiring police officer Nick Novello took a parting shot. According to an article in The Dallas Morning News, Novello told Dallas City Council members “the same thing he’s been saying all over Facebook and the television news in recent days: Police response times are worse than you think. Priority calls are being sent to officers who can’t respond, just to clear the emergency off the board. Morale’s in the toilet. Stress levels are way up. And help ain’t on the way.”

“You no longer have a viable policing function in Dallas, Texas,” Novello told the council. File this one under the category of #WeToldYouSo and #HelpAintOnTheWay

Not sure if this will have anything to do with anything, but for now, a small, red flag flutters. According to news reports, federal regulators are investigating the financing behind the massive Statler Hotel redevelopment in downtown Dallas. According to the DMN, “One focus of the SEC inquiry is the sale last year of $26.5 million in municipal bonds backed by future tax incentives that the city of Dallas granted to the developer under what’s called tax-increment financing. Cities use such deals to lure developers to build in specific areas with little economic growth.” Like I said, just a small red flag fluttering… for now.