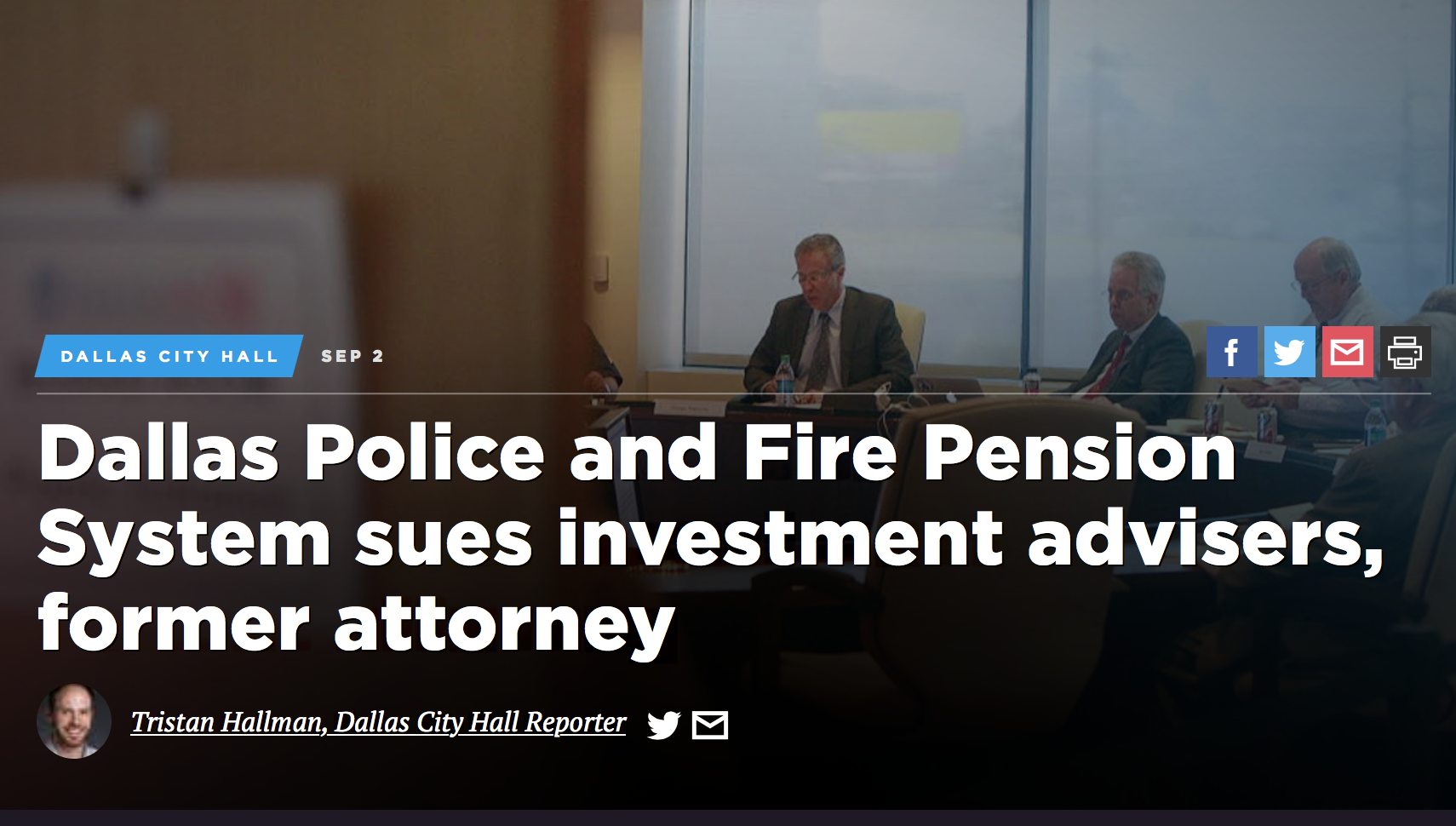 Let the games begin! The Dallas Police and Fire Pension System finally filed a lawsuit against its former investment consultants and its former attorney for alleged negligence that led to hundreds of millions of dollars in investment losses. According to the Dallas Morning News, the suit “which alleges breach of contract and a failure to exercise fiduciary duty, is seeking damages from Townsend Holdings and all or part of the fees paid to longtime attorney Gary Lawson.” You can read the lawsuit here. #Damages

With so much cop-bashing out there, this wonderful story about the “Wonder Twins” is well worth the read. These twins were angels to first responders in the aftermath of Hurricane Harvey. Maybe there is hope after all. #WonderTwins

Well, I’m not really sure what to do with this one. With all the devastation from Hurricane Harvey, perhaps you missed this little gem about 300 rescued squirrels. Yep, someone is out there rescuing squirrels.  I thought a lot about this one and it’s probably best for everyone if I just keep those thoughts in the bubble above my head. However, one thought I will share involved Mister Mike Beelzebub Rawlings.  Can’t you just see his highness getting behind this Save-the-Squirrels cause? He could offer Dallas as a Sanctuary City for Squirrels. After all,  he seems to care about everything and everyone but his first responders. Just a thought. #SaveTheSquirrels #SanctuaryForSquirrels